YOUR SCORE-KEEPING and SCORE DISPLAY SYSTEM

The invitational Team Trap League Score keeping system is for a league where each team has 1-5 primary shooters (Post 1-5) and up to 3 substitute shooters. The Score Period is variable from 2-125, set when the league is created. All scores entered are added to give a team score.

The unique function of this app is the ability to have other clubs join in the trap league. The hosting club sets up the league and adds clubs to join the league. Pins are sent out to the invited clubs for their sign-in. Invited clubs add/edit teams, enter scores for teams they have added. Each club can view reports and display reports for the entire league while at their club. All teams are competing against one another. Lewis for a scoring period is also available. We keep track of the monies each club collects and pays out so at the end of the league, clubs can even out the monies.

Team Standings (static and rolling scoreboard) are available to display team scores in the clubhouse. Individual Totals are also available.

League fees can be tracked and reported on a per club basis.

For club's that do not have a website, your event participants can go to this site and or the hosting club's site to view the results. 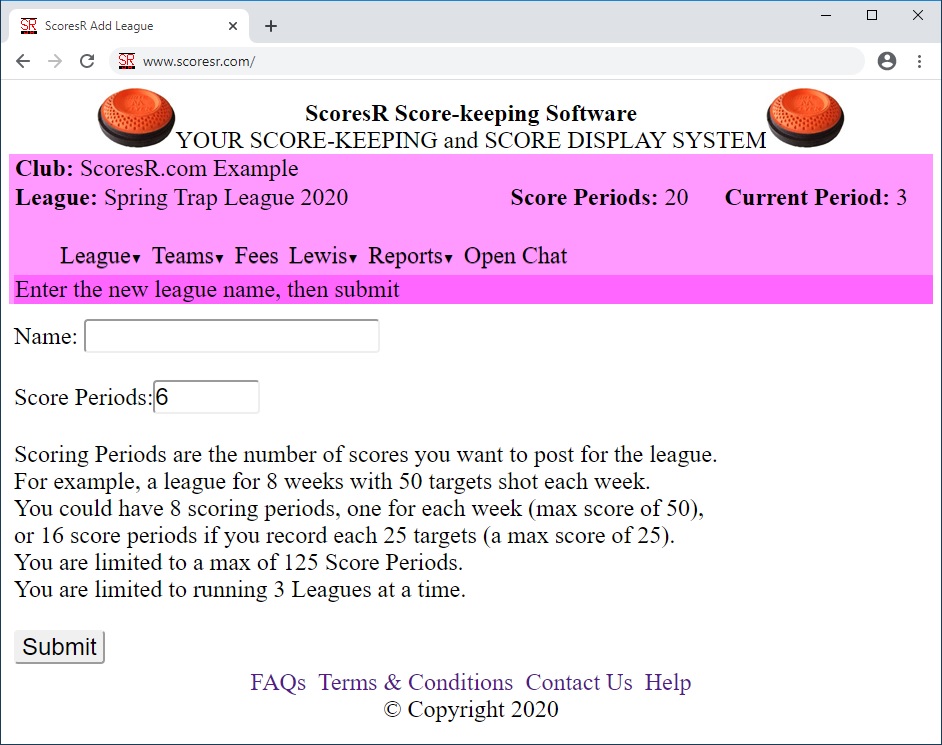 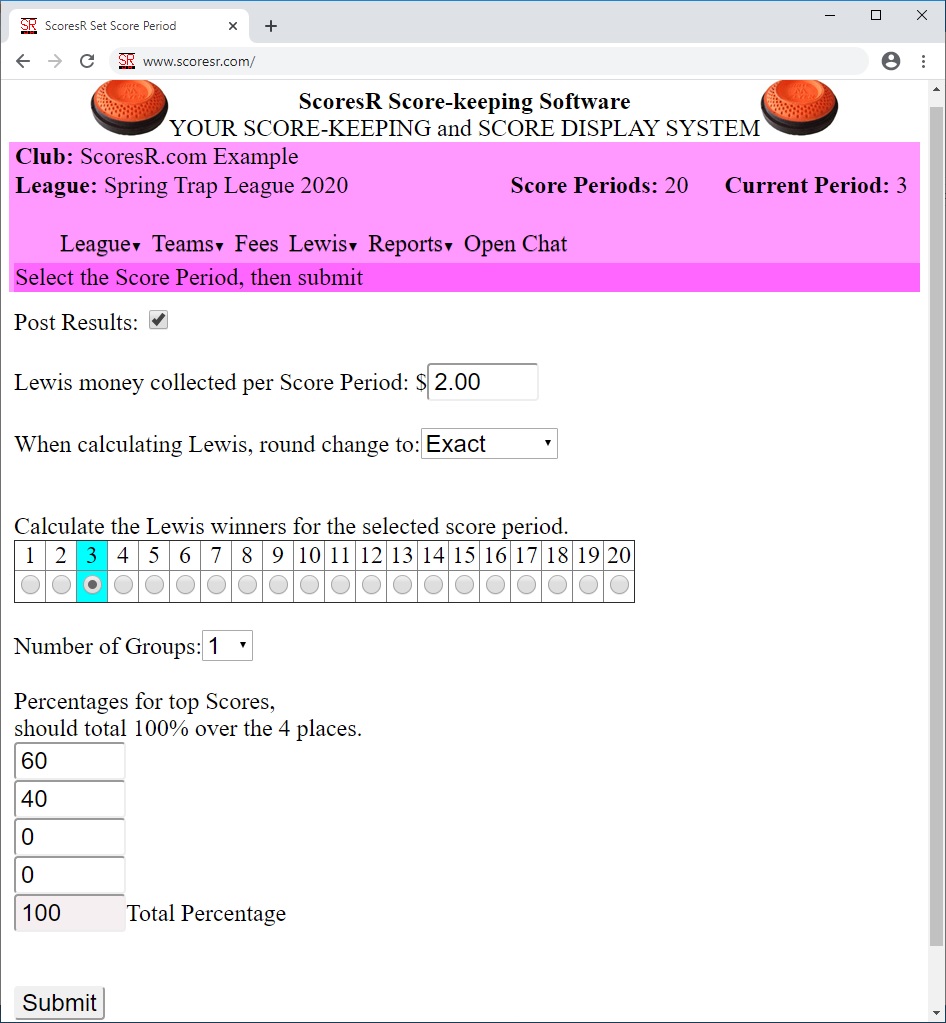 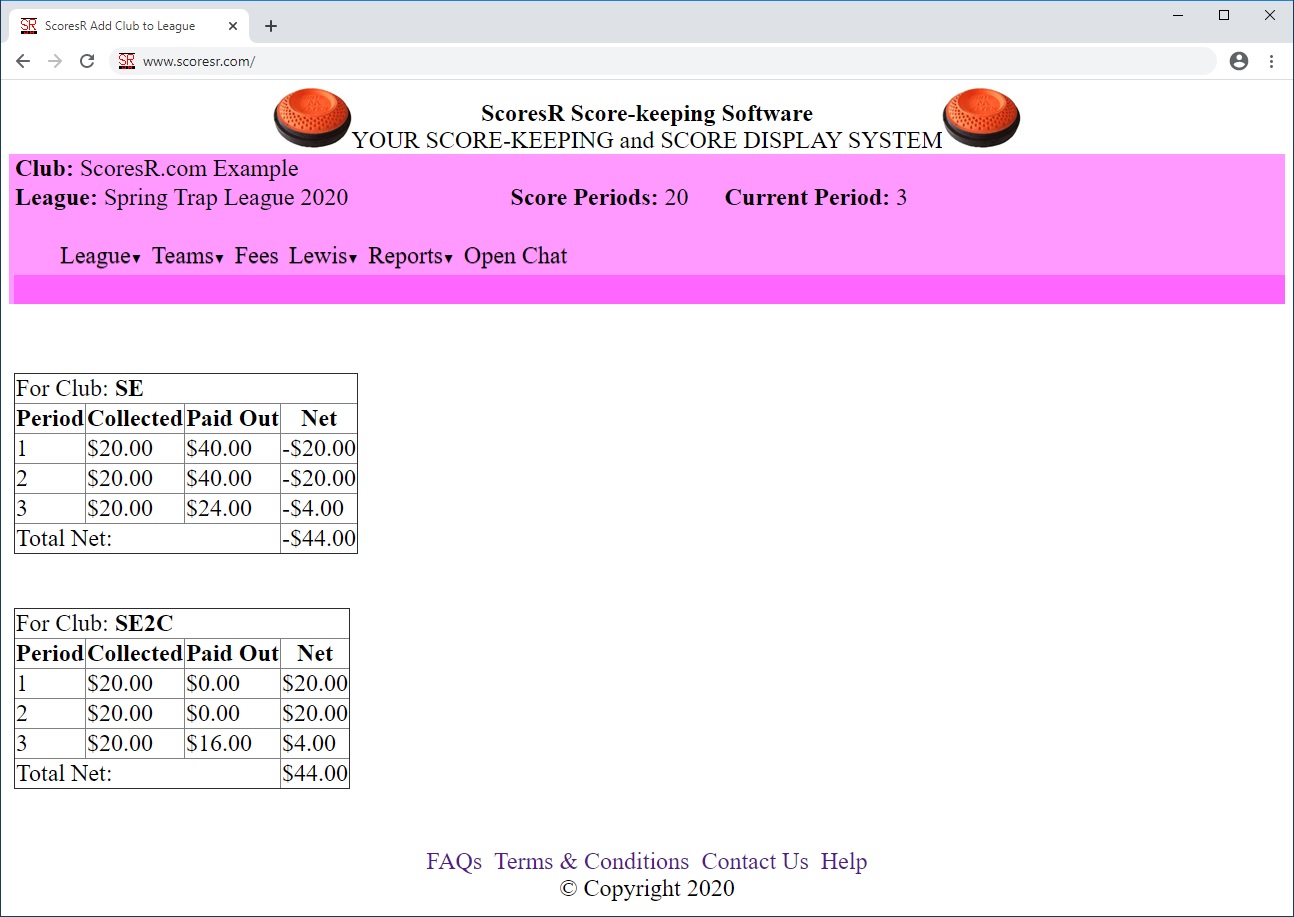 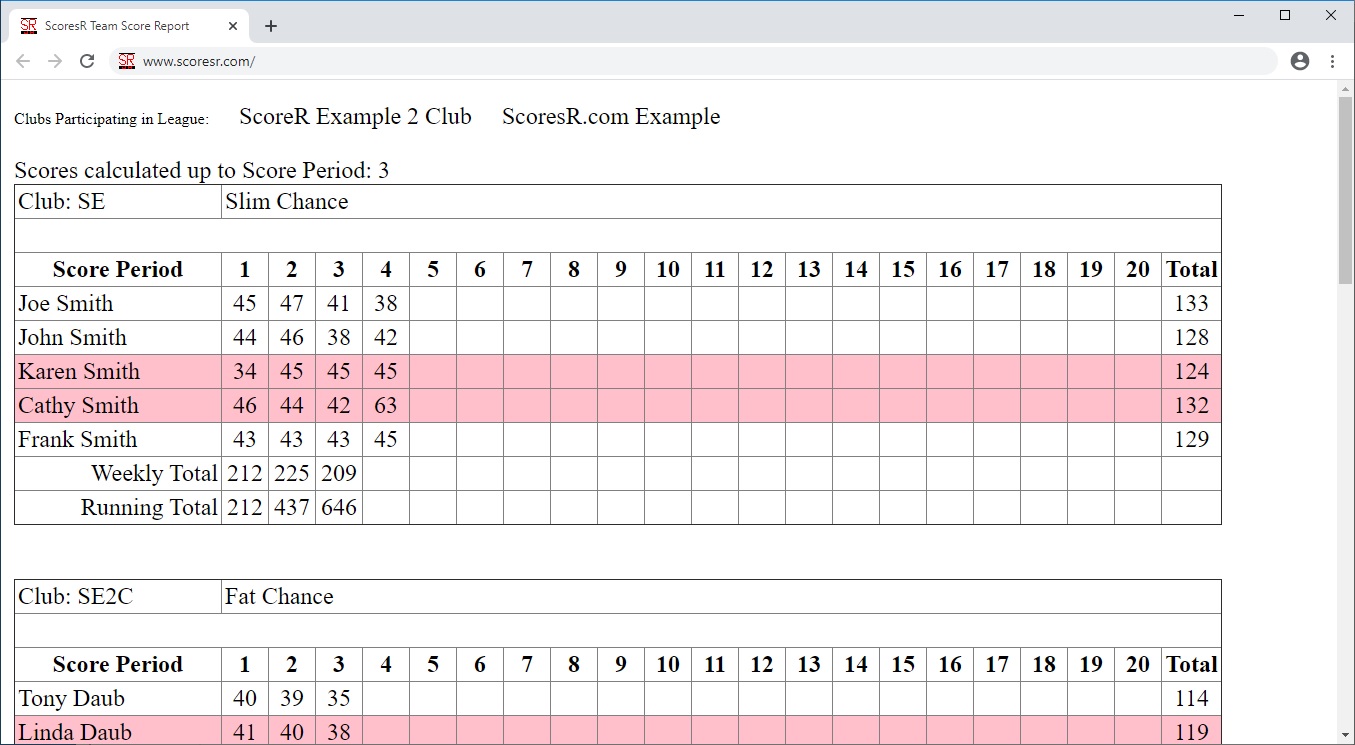 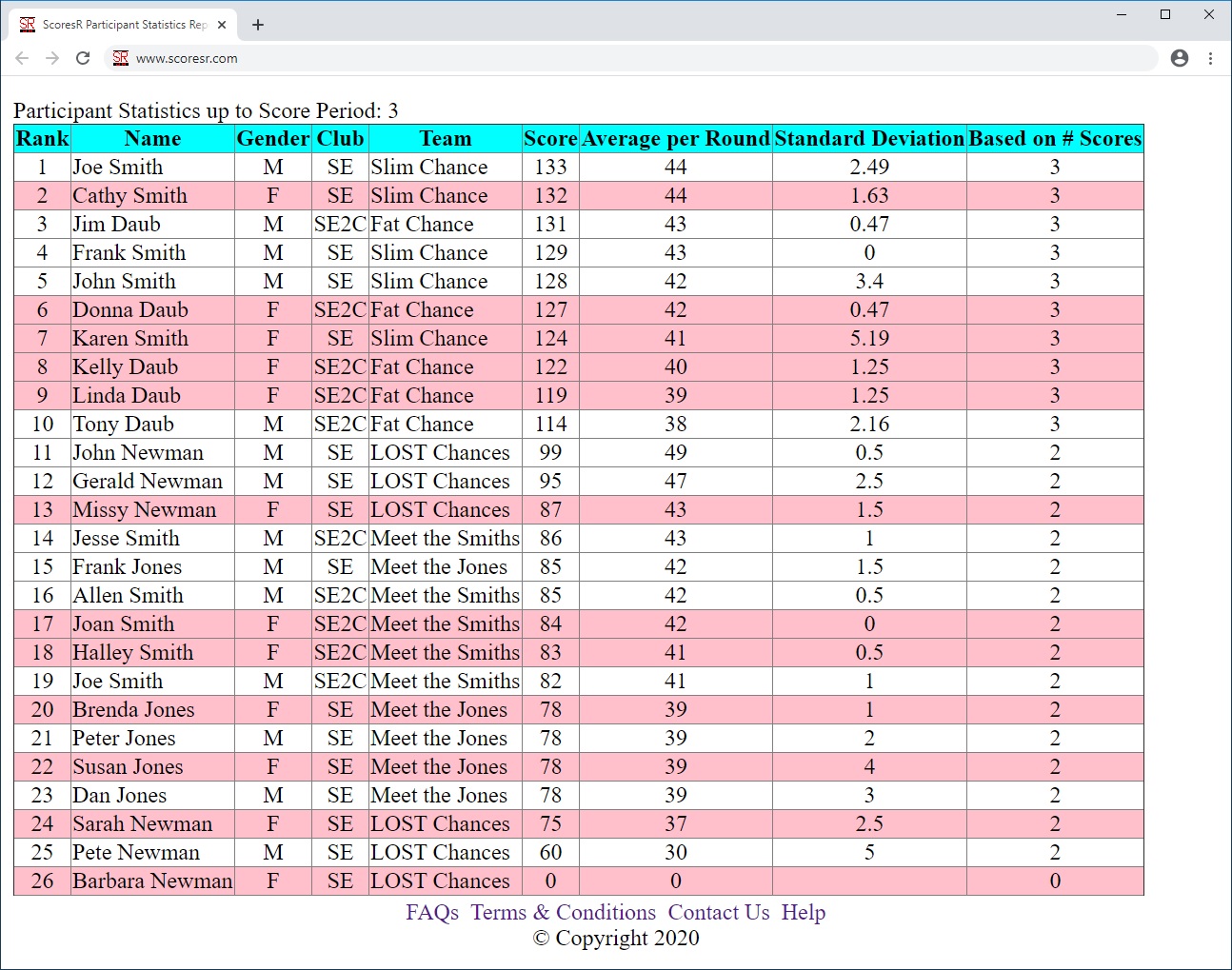